STERN OF THE UNION ADDRESS – SEPTEMBER 2019

The official Jurassic Park Pinball Launch Party list has been set and will be taking place all over the world!  Check out the final list and location nearest you for your chance to win an official Jurassic Park Pinball Launch Party trophy and other prizes.  Launch parties are hosted in conjunction with the IFPA (International Flipper Pinball Association) and the Stern Army.  Official launch parties can only be held at official Stern Army locations!  For more information on joining the Stern Army please e-mail SternArmy@sternpinball.com 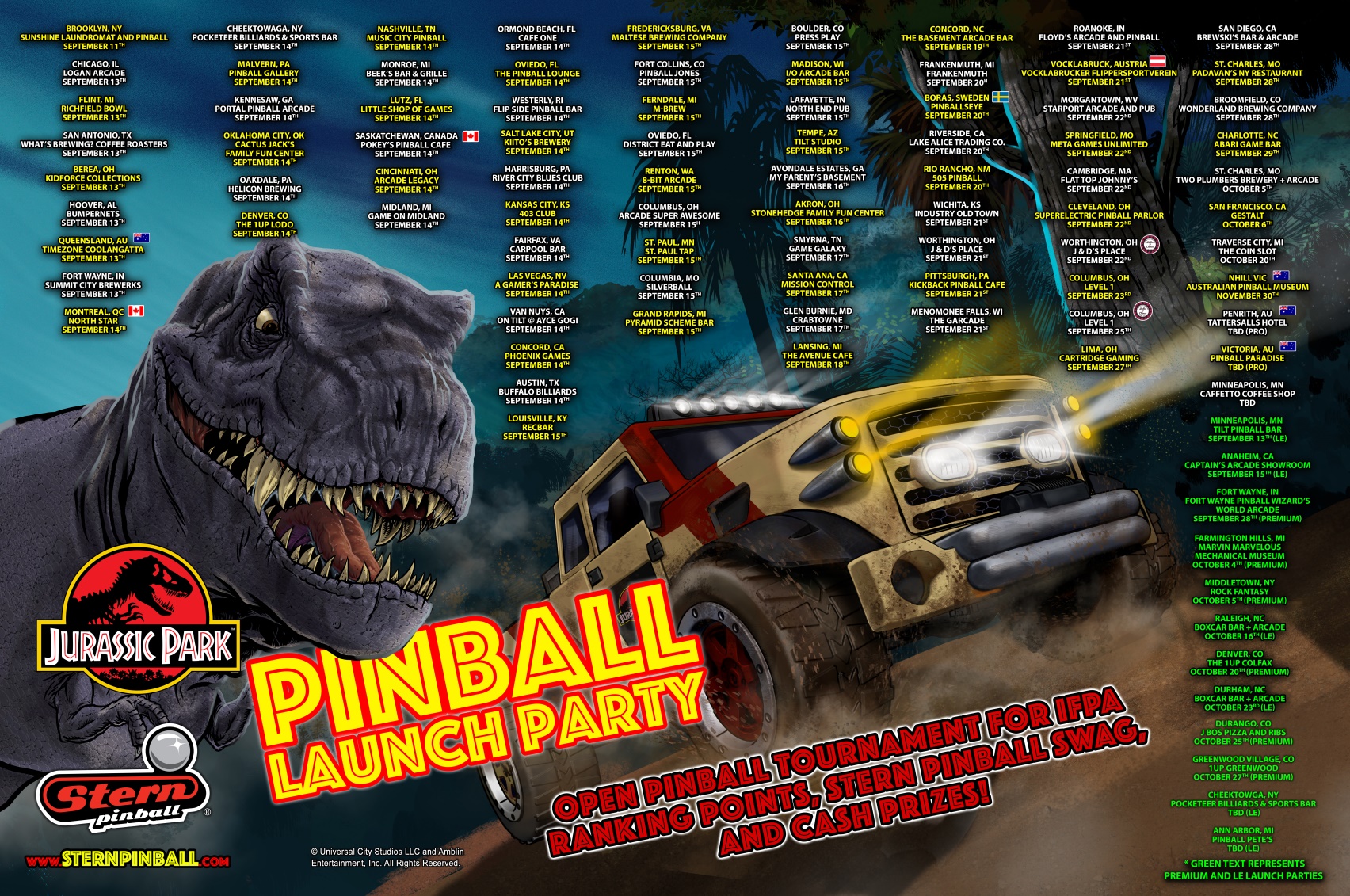 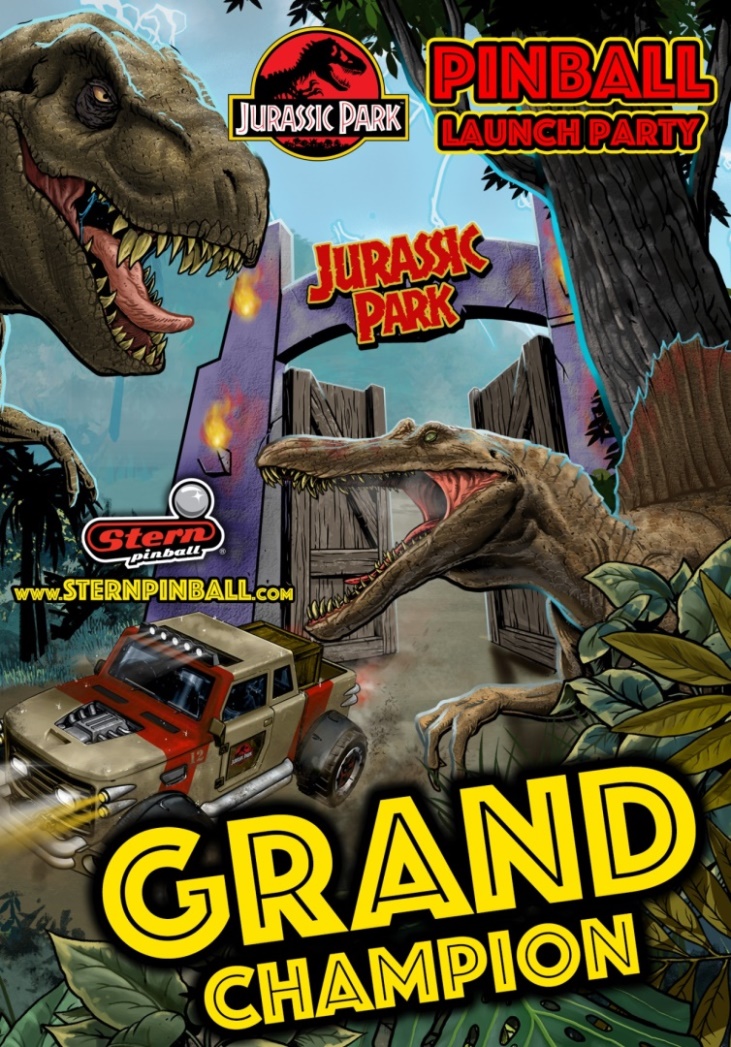 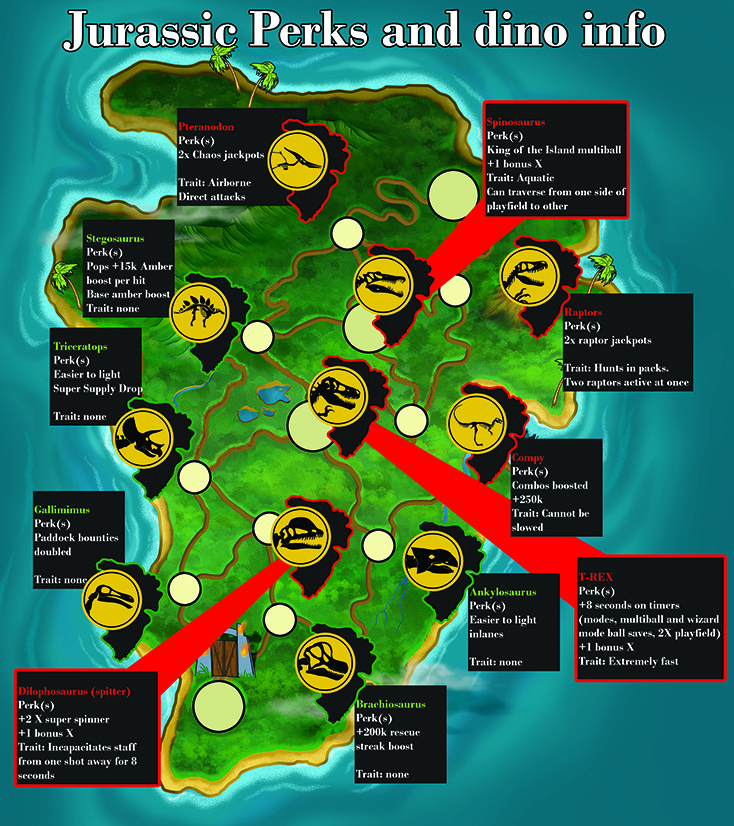 Jurassic Park pinball just had its official public premiere at Replay FX and the reception to this title has been DINO-MITE!   Take a look at what players of all skill levels had to say about this game! Have you had a chance to play one yet? What did you think? 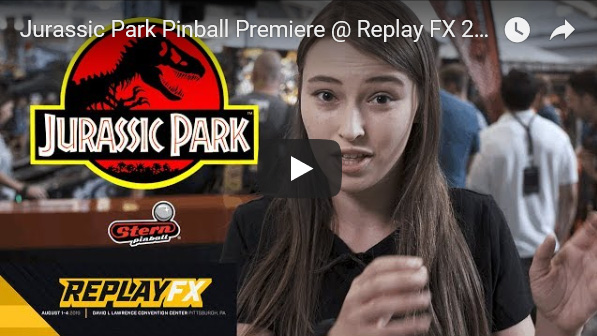 Stern Pinball had quite the showing at this year’s Replay FX show in Pittsburgh, Pennsylvania!  Teaming up with our authorized dealer, CoinTaker, we revealed the new Jurassic Park pinball machine to the public and had pinball fun for the 20,000+ attendees at this year’s festival.  Check out this small recap video highlighting the action and make sure you mark your calendar for next year’s Replay FX show! 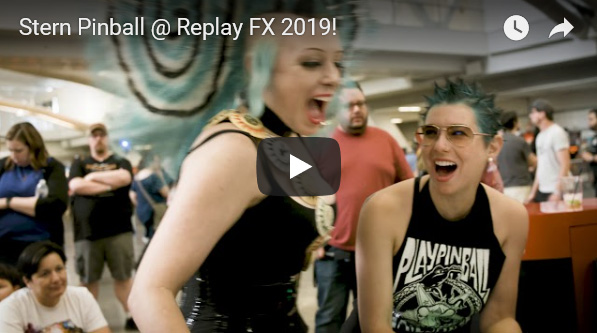 Join host Jack Danger on the floor of the 2019 San Diego Comic-Con International in this recap video highlighting all of the action from this year’s show, Stern Pinball’s biggest showing yet!  We had pinball machines in the Star Wars booth, Nuclear Blast booth, and the giant Pinball Lounge inside the Marriott.  It was a colossal show for a colossal year of pinball! 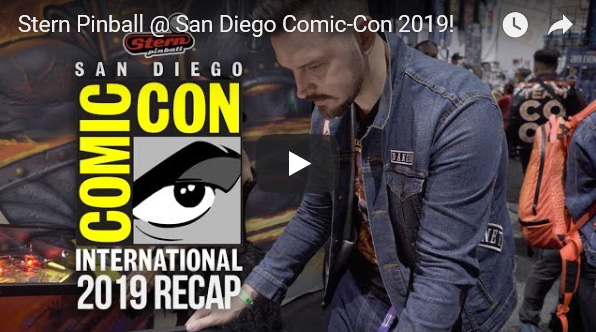 Stern Pinball and the International Flipper Pinball Association (IFPA) are excited to announce the launch of the Stern Army Circuit!  The IFPA will be tracking the World Pinball Player Ranking (WPPR) points earned at all IFPA sanctioned events held at Stern Army locations throughout the calendar year. At the end of the year, the top 10 finalists will receive prizes from Stern Pinball for their achievement.  For more information and live standings of this circuit, visit – https://www.ifpapinball.com/sternarmycircuit/ 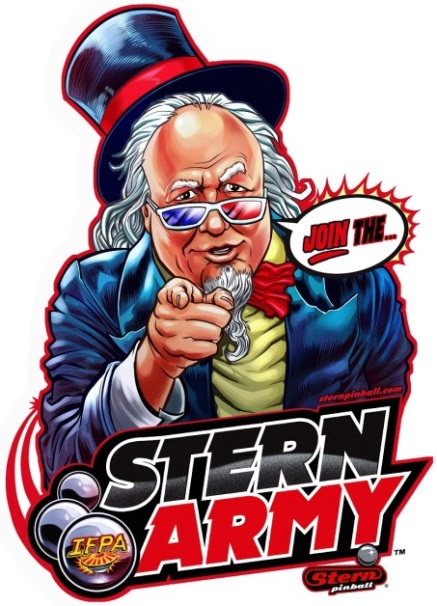 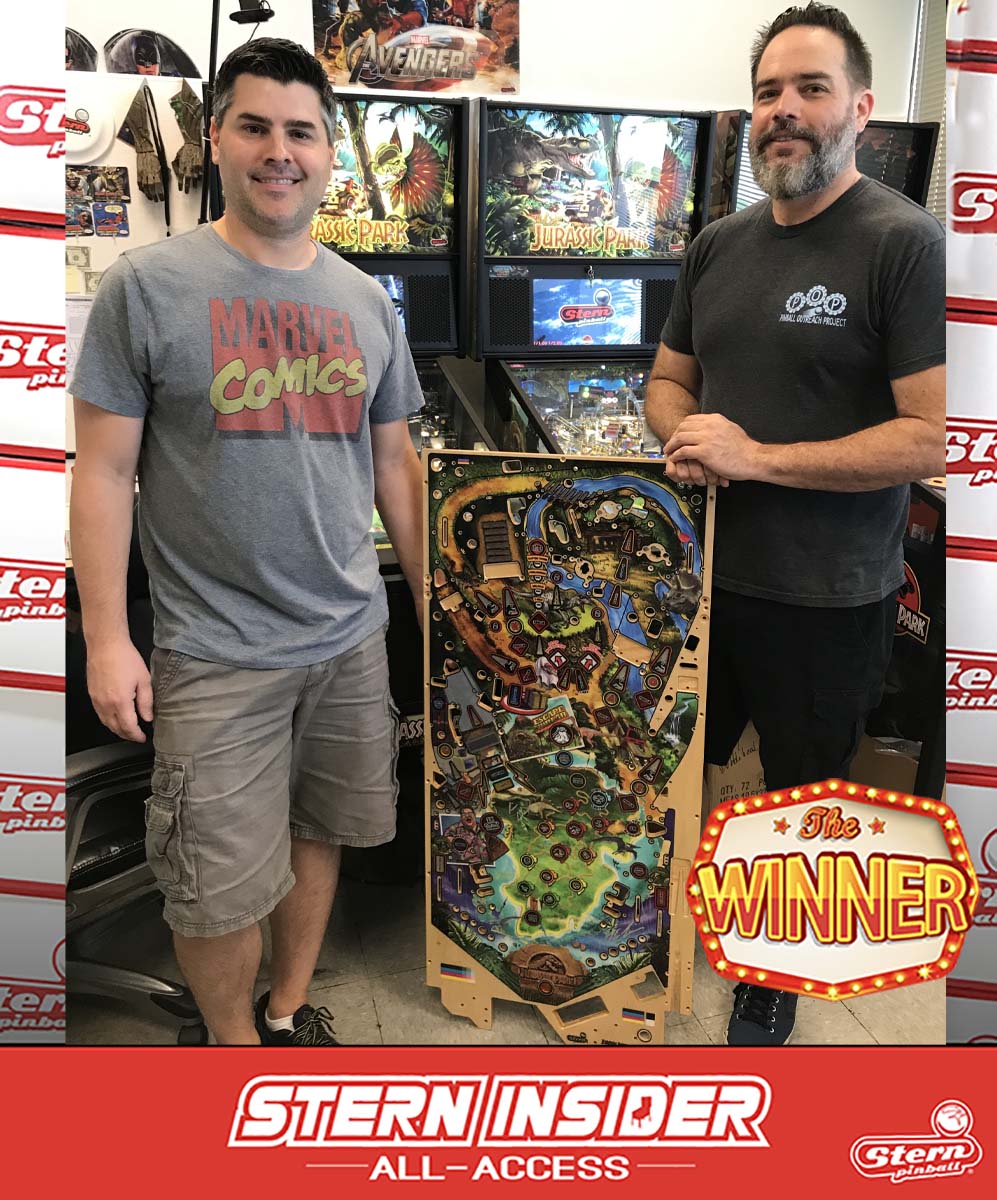 Available to all Stern Insiders, check out the premiere episode of the new Stern Insider Pinball Podcast!  The first episode features game designer Keith Elwin discussing everything that went into his latest creation, Jurassic Park!  The second episode features Rick Naegele and Harrison Drake, the lead programmer and lead engineer behind Jurassic Park!  These episodes and future episodes of this podcast series are only available to Stern Insiders so don’t miss out!  All episodes can be found and listened to here – https://sternpinball.com/account/ 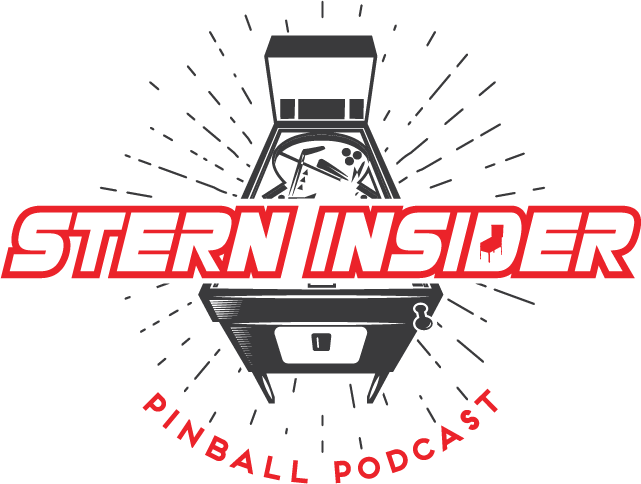 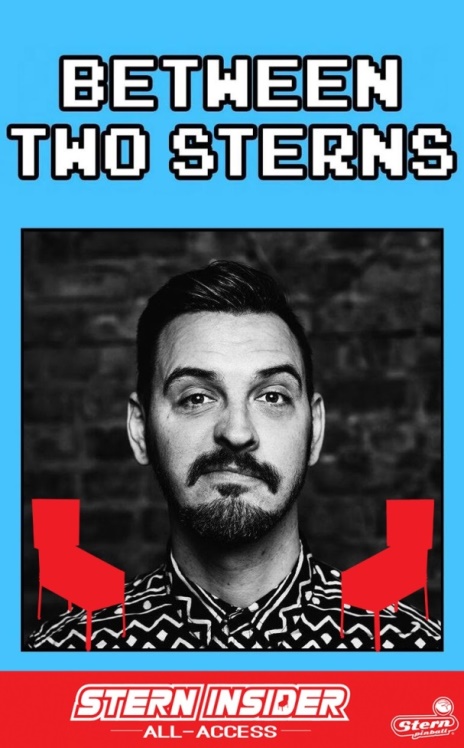 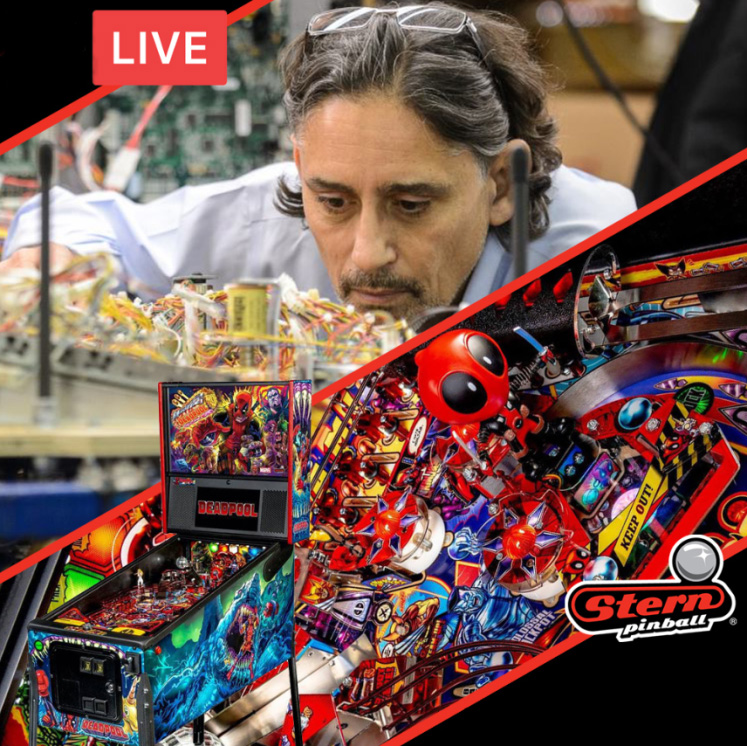 Congrats to all competitors at the Brisbanes Masters Stern Pro Circuit tournament.  In the end, 17-year-old Colin Urban emerged victorious, his second Circuit victory this season!  Four of the top ten players are under 30!  For full details on the Stern Pro Circuit presented by eBay, and to keep up with the current standings and schedule, please visit – https://sternpinball.com/stern-pro-circuit/

Stern Pinball has announced the hiring of Pablo Padilla in the role of Technical Support Engineer.  Stern added Pablo to strengthen its Service Department as pinball sales continue to grow at a rapid pace.  Read the full press release here with additional details and please join us in welcoming Pablo to the Stern team!

Marco Specialties is growing their team to present the biggest and best display of new Stern titles at the upcoming Portland Retro Gaming Expo and the Chicago Pinball Expo pinball shows!  Mark your calendars, these shows run simultaneously on the weekend of October 16th -19th, 2019.  Look for the giant pyramid structure at either show—hard to miss! 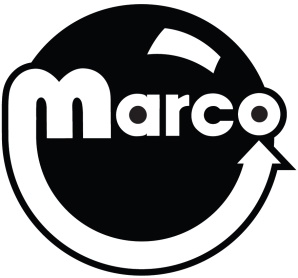 Marco Specialties has also launched their new media platform, MarcoTV, where interesting pinball people are interviewed on the show floor. Check out this interview with one of our lead programmers Dwight Sullivan!

We are continuously working to update and improve software for our machines.  There are always code updates and bug fixes in various stages of development; we will release them upon update completion.  Here are some of the latest updates and the status of things in the works. If you would like to join our mailing list for code updates, please send an e-mail to Code.Updates@sternpinball.com.  If you do encounter any bugs please feel free to provide information to bug.report@sternpinball.com

Check out our Stern Shop for all accessories, collectibles, clothing and more including this month’s featured item: Stern “OGIO” backpack! 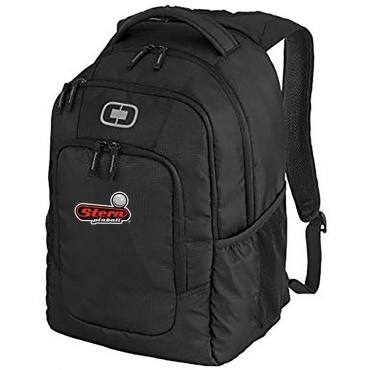 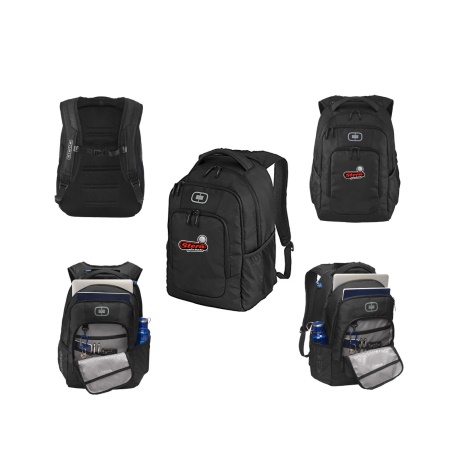 The Star Wars topper has received final approval and we’ll make a formal announcement once it’s available for purchase after production is completed.  All Stern Pinball accessories are also available to purchase from your local authorized dealer – https://sternpinball.com/find-a-dealer/

“Hi everybody, my name is Roper Fuentes!  For the last 7 years I worked as the Regional Manager for Emporium Arcade Bar(s) in Chicago.  Now I’m the Director of Location Entertainment here at Stern Pinball.  I’ve been very fortunate to have worked alongside Stern Pinball throughout my time in the service industry and now that I’m officially a part of the team, I couldn’t be more humbled.

As the new guy, there’s bound to be lots of questions about me so I’ll go ahead and address all the important things now: thin crust or deep dish? You know, I love deep dish, but I honestly like to eat pizza so much that I’d rather eat 10 small slices than just 2 slices of deep dish. Tavern cut with some pep and sliced tomatoes and I’m a happy camper.  Cubs or Sox? Look, you’re always going to have people telling you that only TRUE Chicagoans pick one OR the other. I grew up on the North Side of Chicago (Wicker Park), but played little league on the South Side (Bridgeport). I root for them both! Go ahead! Boo me!  You know who has a fantastic Chicago hotdog?  Home Depot!  First movie I cried in was “Look Who’s Talking Too”. First cassette tapes I owned were “The Super Bowl Shuffle” and Paula Abdul’s “Rush”. I still buy CDs and Blu-rays. My current obsession is Black Knight: Sword of Rage.  Unpopular opinions: Metal Gear Solid 2 is trash, Spider-Man 3 is underrated, and beer tastes better when you pour it hard and foamy (it’s easier to drink with less carbonation).

If I didn’t make enemies with just about everyone here, I’d love to hear from you and discuss how we can work together to help build your local pinball community!  My inbox is open all the time: Roper.Fuentes@SternPinball.com.” 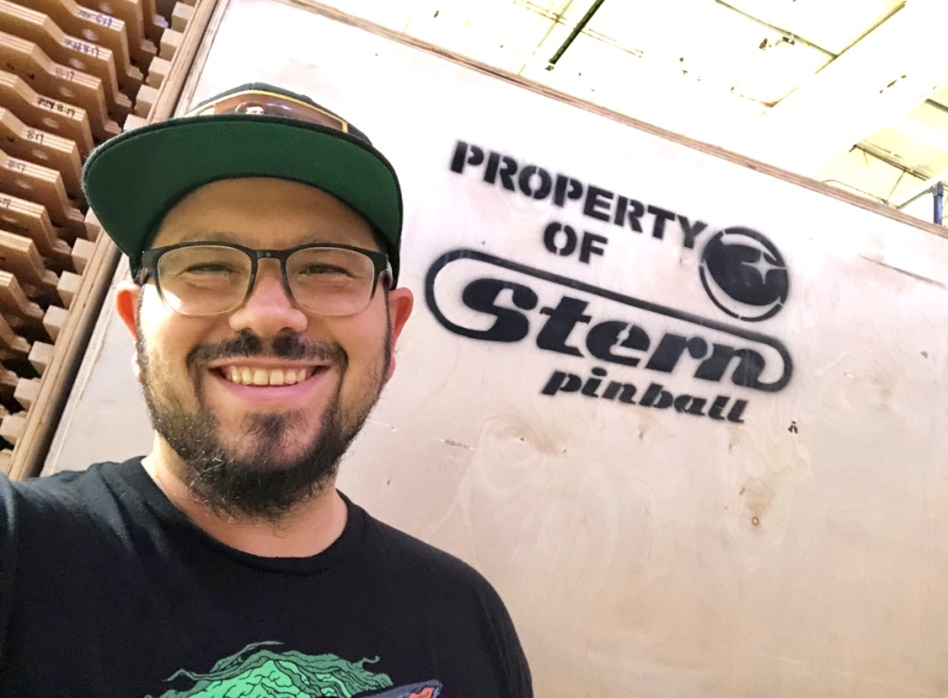