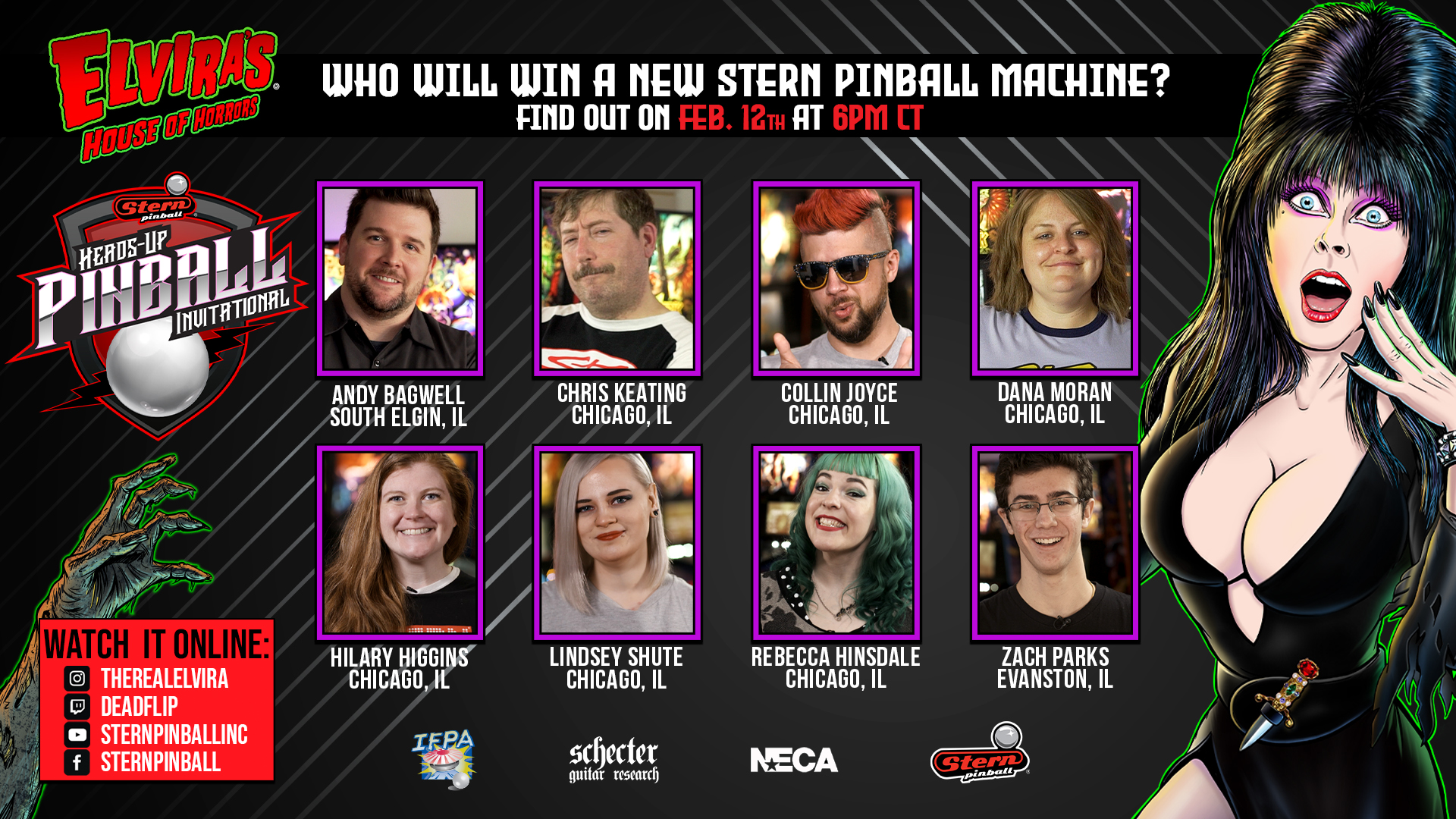 An action-packed and fast-paced pinball competition

CHICAGO, IL – February 1, 2022 – When you hear the name Elvira only one person comes to mind: horror icon and quintessential symbol of all things spooky, the one and only Mistress of the Dark.  Elvira has been lighting up screens and delighting fans for 40 years with no sign of slowing down, hosting the Elvira’s House of Horrors Stern Heads-Up Pinball Invitational.

This adrenaline-inducing competition will take place solely on the Elvira’s House of Horrors pinball machines, with players racing against the clock and each other in objective-based challenges.  Eight players will battle their way through a single-elimination bracket until there’s only one left standing as the ultimate Stern Heads-Up Pinball Invitational Champion, bringing home a brand-new Elvira’s House of Horrors pinball machine!

Catch the action live as the hostess with the mostest streams this action-packed event live on the official Elvira Instagram channel (instagram.com/therealelvira/) on Saturday, February 12th at 6 pm CT.  This event broadcast can also be watched on Stern Pinball’s Facebook page (facebook.com/sternpinball) and YouTube channel (youtube.com/sternpinballinc) in addition to the Dead Flip Pinball Streaming channel on Twitch (twitch.tv/deadflip).

“Collaborating with the Mistress of the Dark, this Elvira’s House of Horrors pinball tournament is the pinball esport event of the year.  Spectators will be entertained with intense pinball competition featuring some of the world’s best pinball players battling for a brand-new game along with special commentary from Elvira,” said Gary Stern, Chairman and CEO of Stern Pinball, Inc.