SAN DIEGO, CA — July 20, 2022 —  Stern Pinball, Inc., is back at San Diego International Comic-Con (SDCC) and announced its schedule of activities for attendees to look forward to. Get ready for your chance to meet Ozzy Osbourne, scope out show exclusives, and play the iconic and outrageously fun game of pinball!

Ozzy Osbourne will make his SDCC debut on Friday, July 22 at the Stern Pinball & Rebellion Republic booth (#3721). Osbourne and iconic artist Todd McFarlane will be unveiling artwork for the limited-edition McFarlane-designed comic book that will be part of Osbourne’s highly anticipated album Patient Number 9. Osbourne and McFarlane will be doing signings at the Stern Pinball booth on Friday, July 22 at 12:00 PM.

The king of Lucha Libre is in the house! The biggest name in Mexican wrestling returns to Comic-Con for two days of signings. Son of the iconic Lucha Libre legend, El Santo, El Hijo del Santo is celebrating 40 years as a professional luchador. Come to the Stern Pinball and Rebellion Republic booth on July 21 and July 22 at noon for your chance to meet El Hijo Del Santo. Come for an autograph, stay for the Flying Planchas!

In their triumphant return to San Diego Comic-Con, Nerdist is ready to take you inside the latest and greatest in pop culture. With live tapings of Nerdist News, interviews with celebrity guests, and a few other surprises, Nerdist will be reporting live from the Stern Pinball Pop-Up Arcade all weekend long!

Located in Stern’s Pop-Up Arcade will be the biggest (literally) star of film, Toho’s Godzilla! The iconic film studio from Japan is bringing the King of the Monsters to Comic-Con with a special photo-op area where fans can take their picture with Godzilla and brag about meeting a celebrity at the show. Toho also has an official panel scheduled for Thursday, July 21 at 2:30 PM in room 29CD. Hosted by Toho’s Creative Manager, Chris Mowry, the panelists (including Stern’s Senior Director of Licensing and New Business Development, Jody Dankberg) will discuss the creation of some of their greatest licensed Godzilla products including the award-winning pinball machine from Stern Pinball. After the panel (and during the show), guests can test their skills with a daily, free-to-play tournament on the Godzilla pinball machines.

Attendees will have their chance to play the hottest titles from Stern Pinball at Comic-Con International’s official Pop-Up Arcade located directly next door to the Convention Center at the Marriott Marquis Pacific Ballroom 14-17. Come with friends for the free play games and stay for the daily high-score tournaments with prizes!  Earn a special SDCC Insider Connected badge by logging in to any Stern Pinball machine at this year’s Con!

Registration for Insider Connected is available at insider.sternpinball.com/.  Players can register at a connected game by scanning a QR code or at the Stern Pinball website. Once a player registers, they are issued a unique QR Code that can be used to identify that player at any connected Stern pinball machine anywhere in the world. When a player logs into the machine, they can track progress, earn new game specific achievements, engage with the player community, and participate in promotions and Challenge Quests.

For more serious players, Stern will be doing daily giveaways at the Pop-up Arcade for the top players who place on selected games’ Leaderboards. Launched last month, Stern’s new Leaderboards feature is part of its award-winning Insider Connected platform that enables players to compete against each other across connected Stern Pinball machines. Winners will be announced at the end of each day of the Con. Play for your chance to win some exclusive Stern Pinball merch!

Stern will be giving away additional prizes to anyone who stops by the Pop-up Arcade and signs up for Insider Connected, as well as awarding daily prizes to kids under 12!

More Fun in the Pinball Lounge

Twitch pinball superstar, Jack Danger (AKA Dead Flip), will be live streaming all week from the Pinball Lounge. Come down to cheer him on or tune in from home.

Come find Stern Pinball on the show floor at booth #3721 or stop by the Pop-Up Arcade at the Marriott Marquis. 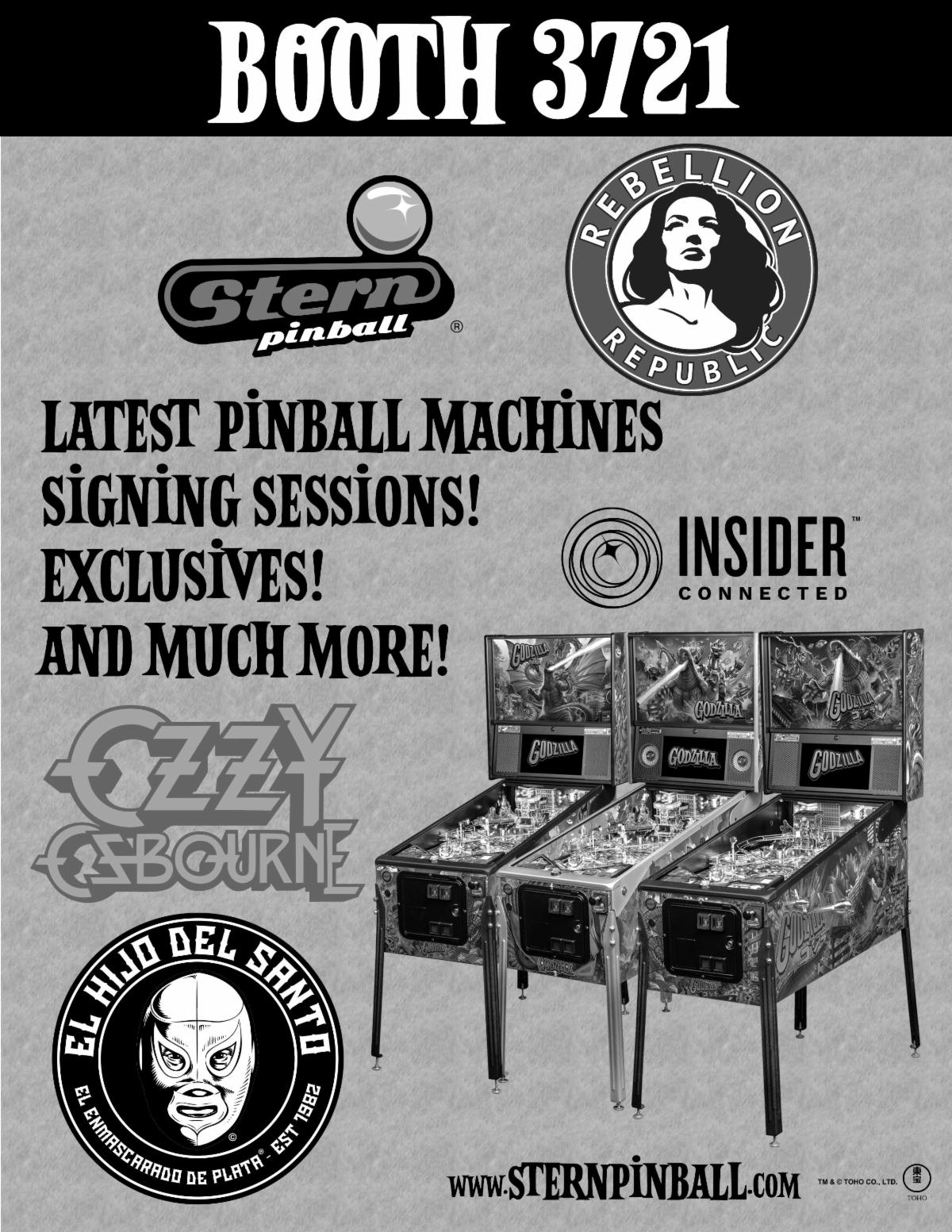 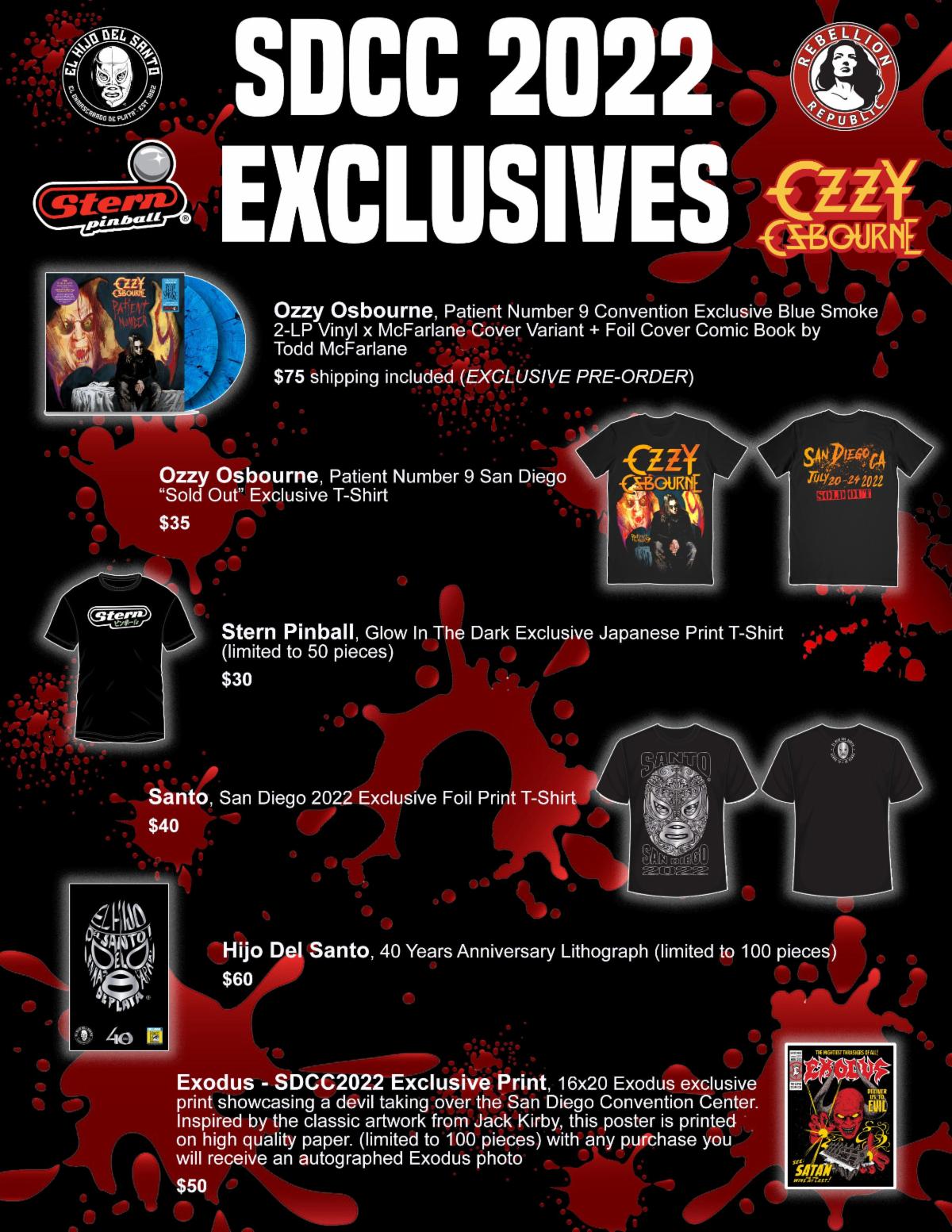 STERN OF THE UNION ADDRESS – AUGUST…