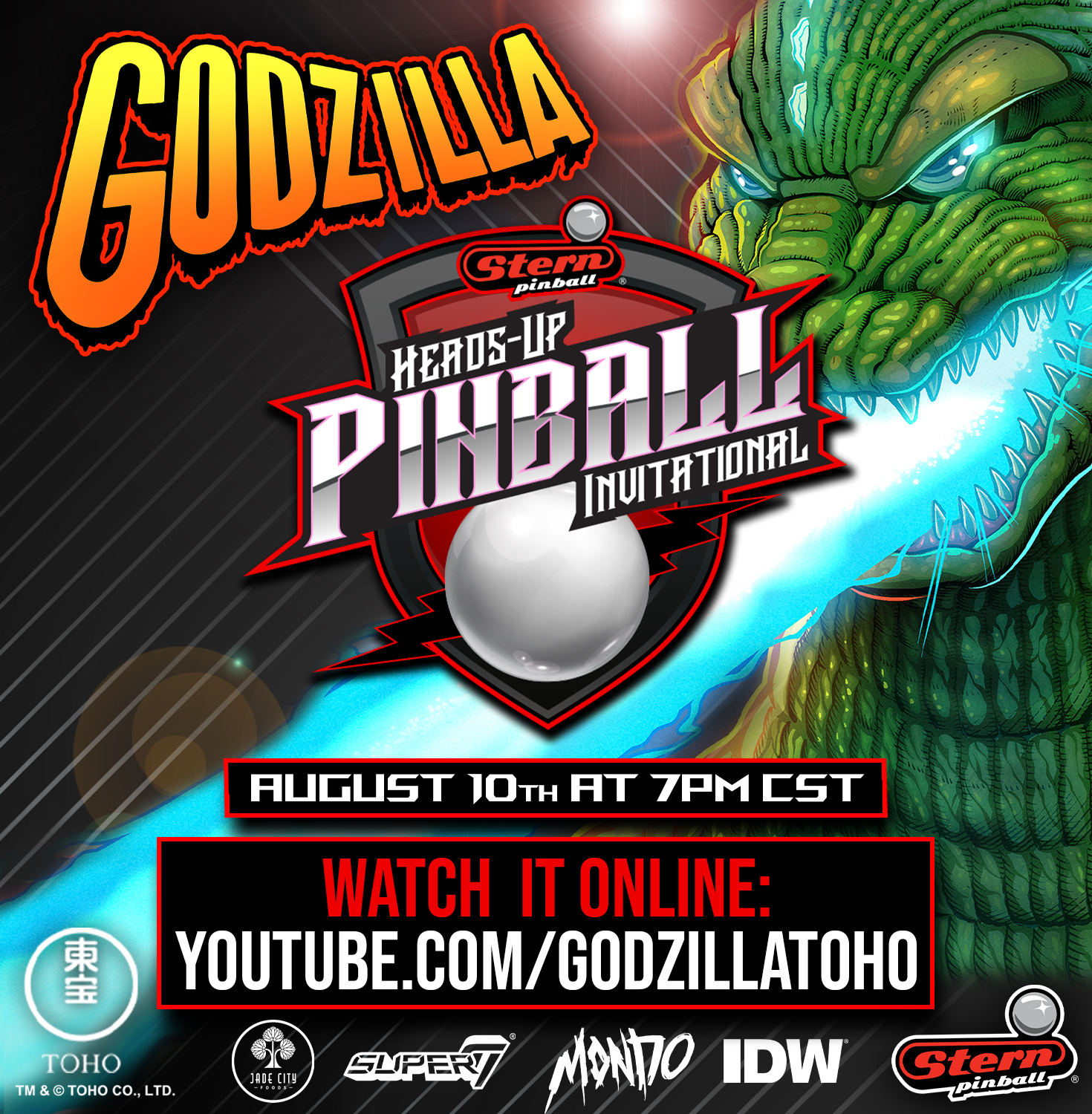 Watch Competitors Navigate Chaos and Destruction Through the Eyes of Godzilla! Only the King of Monsters Will Win!

Everyone’s favorite monster, Godzilla has been demolishing cities for over sixty-eight years. On August 10, tune in to watch eight players destroy each other in an action-packed, single-elimination bracket all in hopes of bringing home a brand-new Stern Pinball Godzilla pinball machine!

All competitors in this adrenaline-inducing competition will be playing on Stern Godzilla pinball machines, racing against the clock and each other in objective-based challenges. The last player standing will be crowned the ultimate Stern Heads-Up Pinball Invitational Champion!

“Few things go together as well as Godzilla and Pinball,” said Chris Mowry, Creative Manager at TOHO International, Inc. “We’re excited to partner with Stern for this thrilling competition, and to showcase the beautiful Godzilla pinball machine. Both Stern and Godzilla fans should be sure to tune in!”

“The Godzilla pinball tournament is the pinball esport event of the year. We have great sponsors and some of the world’s best pinball players competing. Spectators will be glued to their screens,” said Gary Stern, Chairman and CEO of Stern Pinball, Inc.

STERN OF THE UNION ADDRESS – SEPTEMBER…