The official Black Knight: Sword of Rage Pinball Launch Party list has been set and will be taking place all over the world!  Check out the final list and location nearest you for your chance to win an official Black Knight Pinball Launch Party trophy and other prizes.  Launch parties are hosted in conjunction with the IFPA (International Flipper Pinball Association) and the Stern Army.  Official launch parties can only be held at Stern Army locations!  For more information on joining the Stern Army please e-mail SternArmy@sternpinball.com 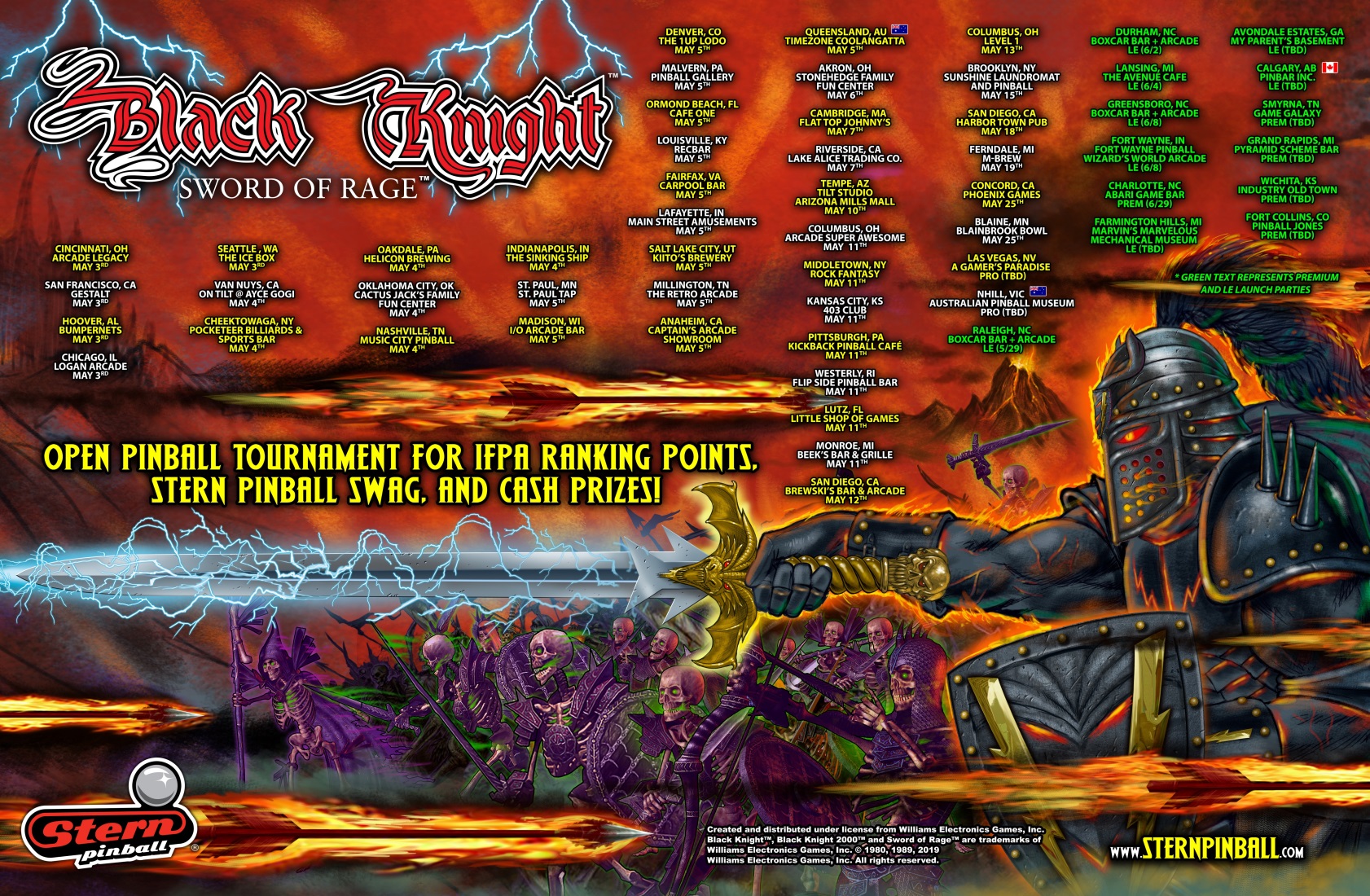 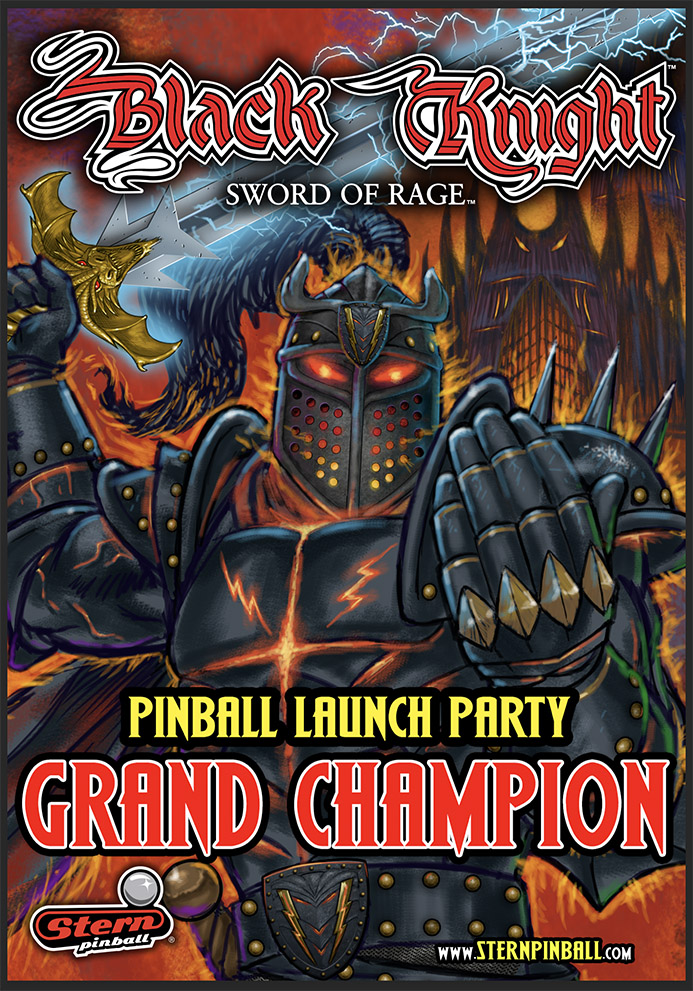 This one-of-a-kind soundtrack produced by Stern’s very own George Gomez, Tanio Klyce, and Jerry Thompson featured in our hit game, Deadpool, is now available for all to enjoy! In addition to the sweet soundtrack, make sure you download the custom CD cover and decal artwork produced by Zombie Yeti. BOOM!!!!!    https://sternpinball.com/deadpool-album/ 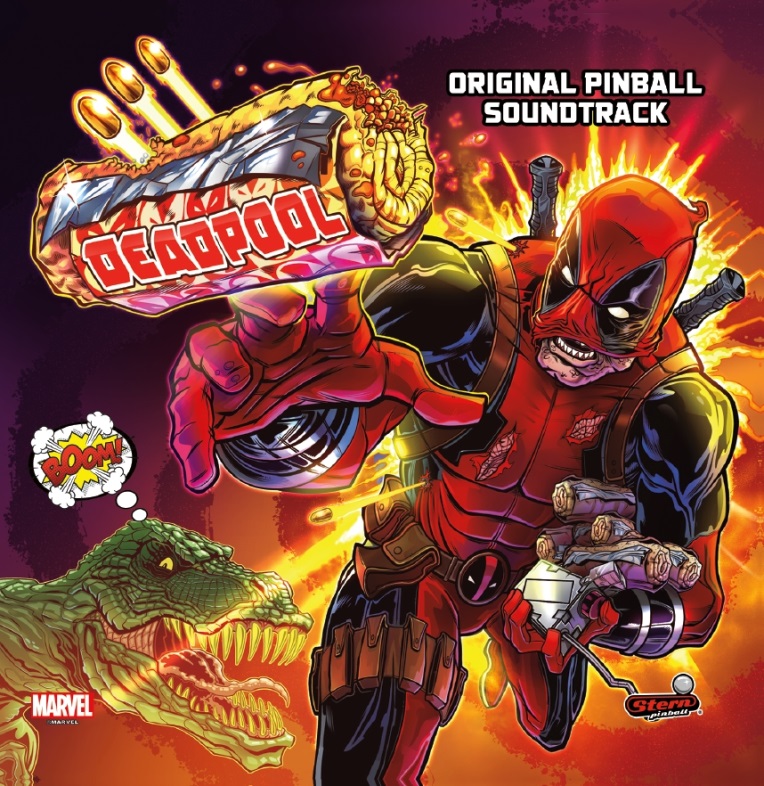 The Making of The Munsters:

Check out exclusive interviews and behind-the-scenes content with the design team in this new “Making of” video for The Munsters pinball!  Watch the video here. 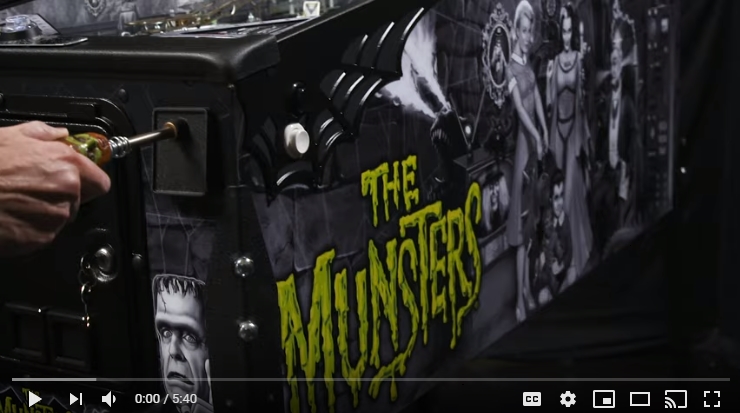 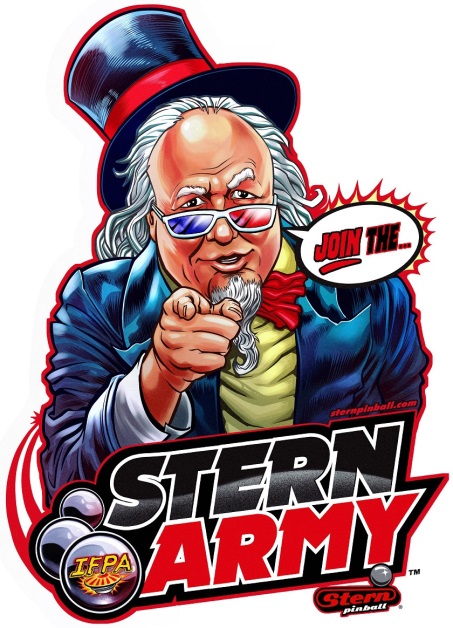 Stern Pinball and the International Flipper Pinball Association are teaming up to sponsor a Stern Army High-Score Tournament on Deadpool Pro, Premium and LE pinball machines.  Players can enter by participating in any IFPA-sanctioned Stern Army events that include Deadpool in their tournament.  For full details on this exciting tournament visit – https://www.ifpapinball.com/deadpool/ 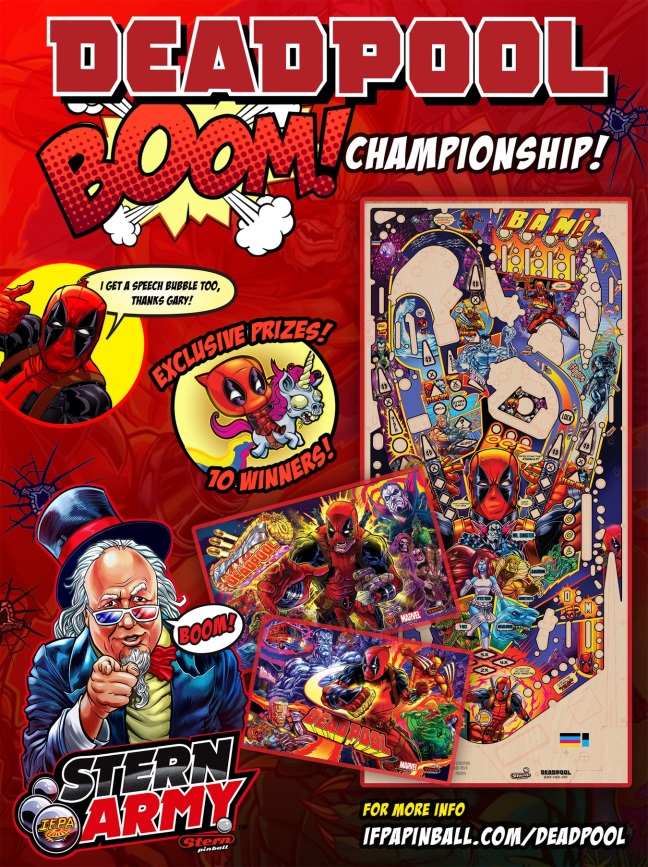 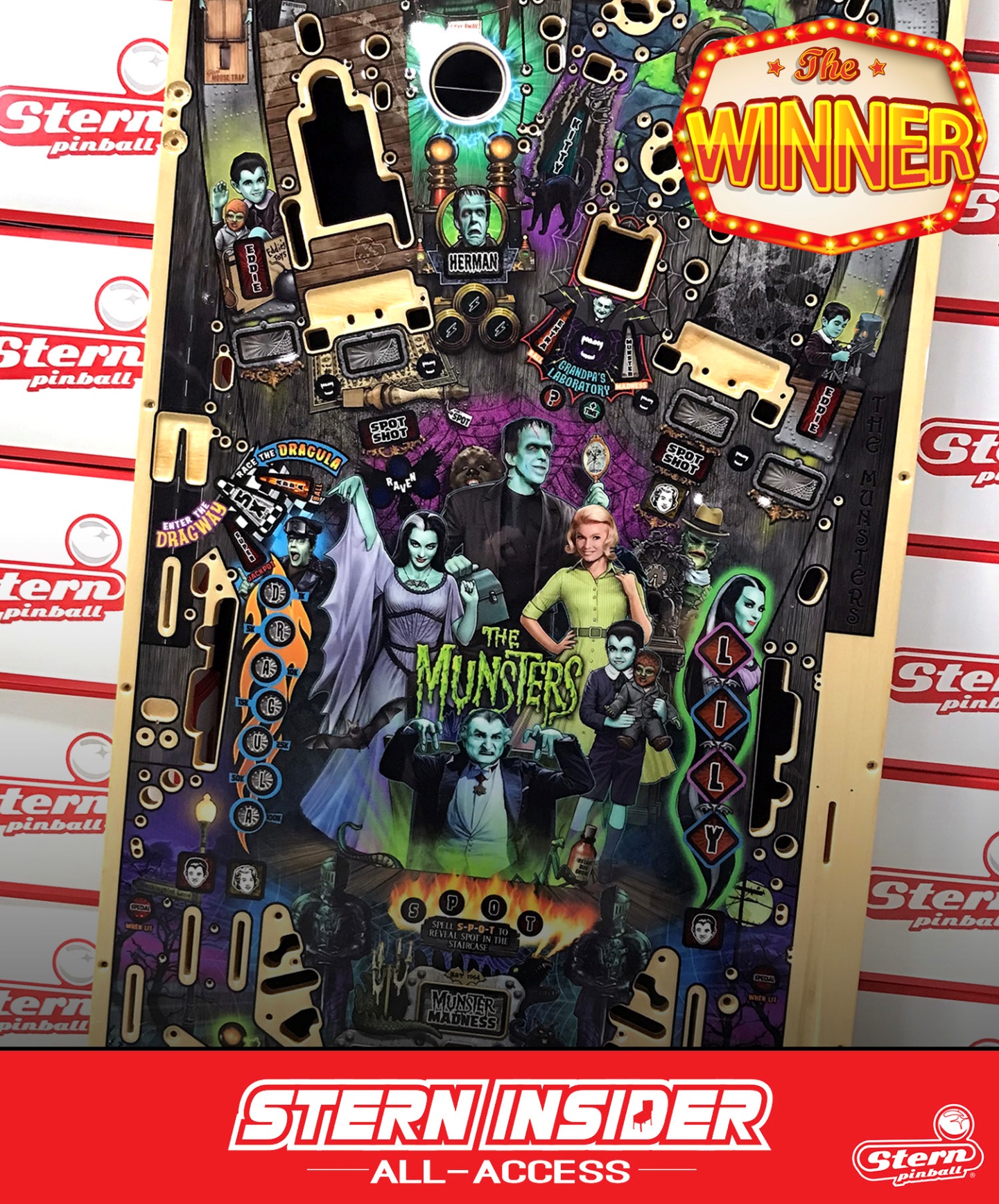 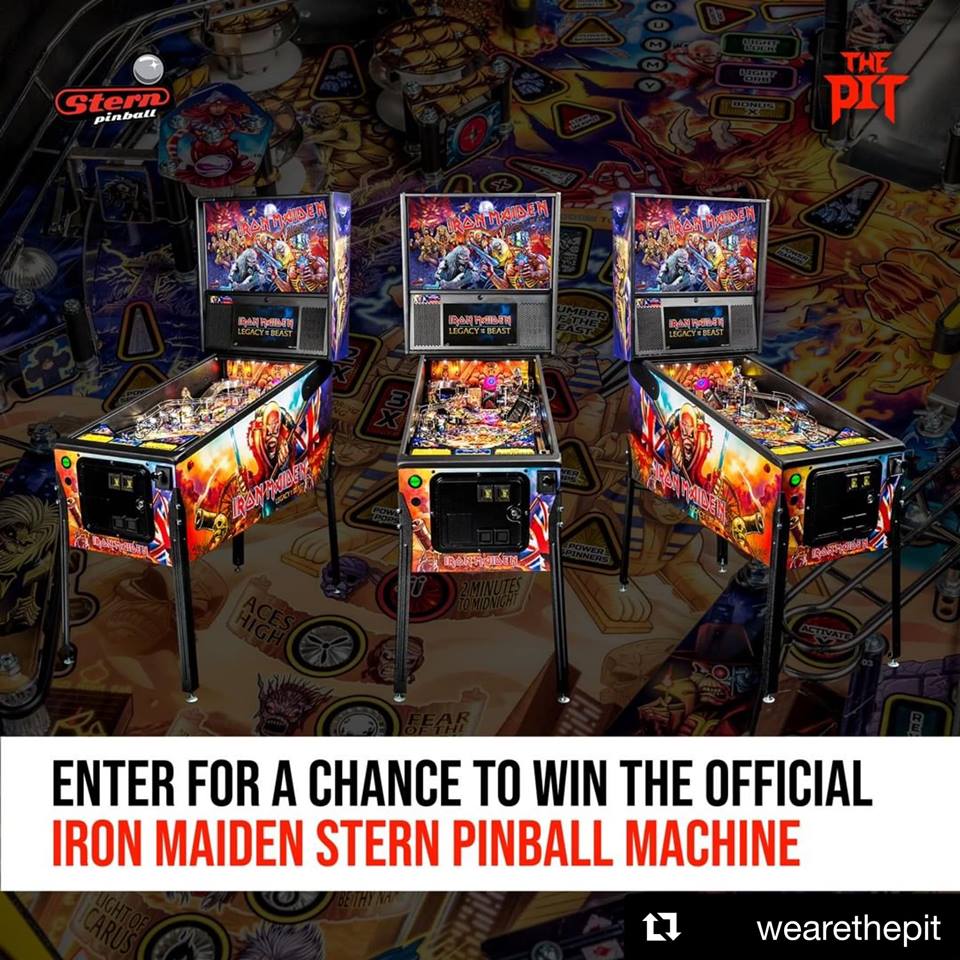 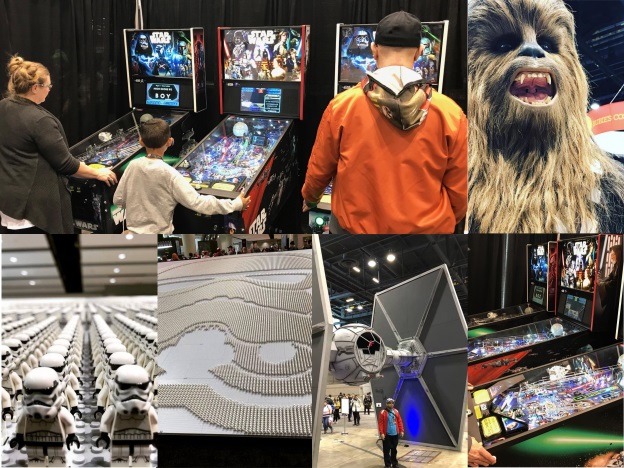 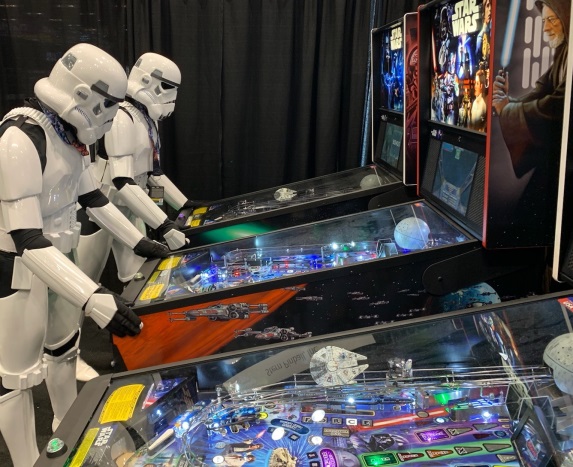 Check out world renowned Heavy Weight Champions, Zach “The Ice Man” Sharpe taking on Keith “The Master of Disaster” Elwin with the undercard event of Mike “The Maniac” Vinikour versus the rookie, Tim “The Terror” Sexton.  These legends battled it out on a Deadpool Premium, all for a great cause!  In case you missed it live, here’s a replay of the clash of these titans. 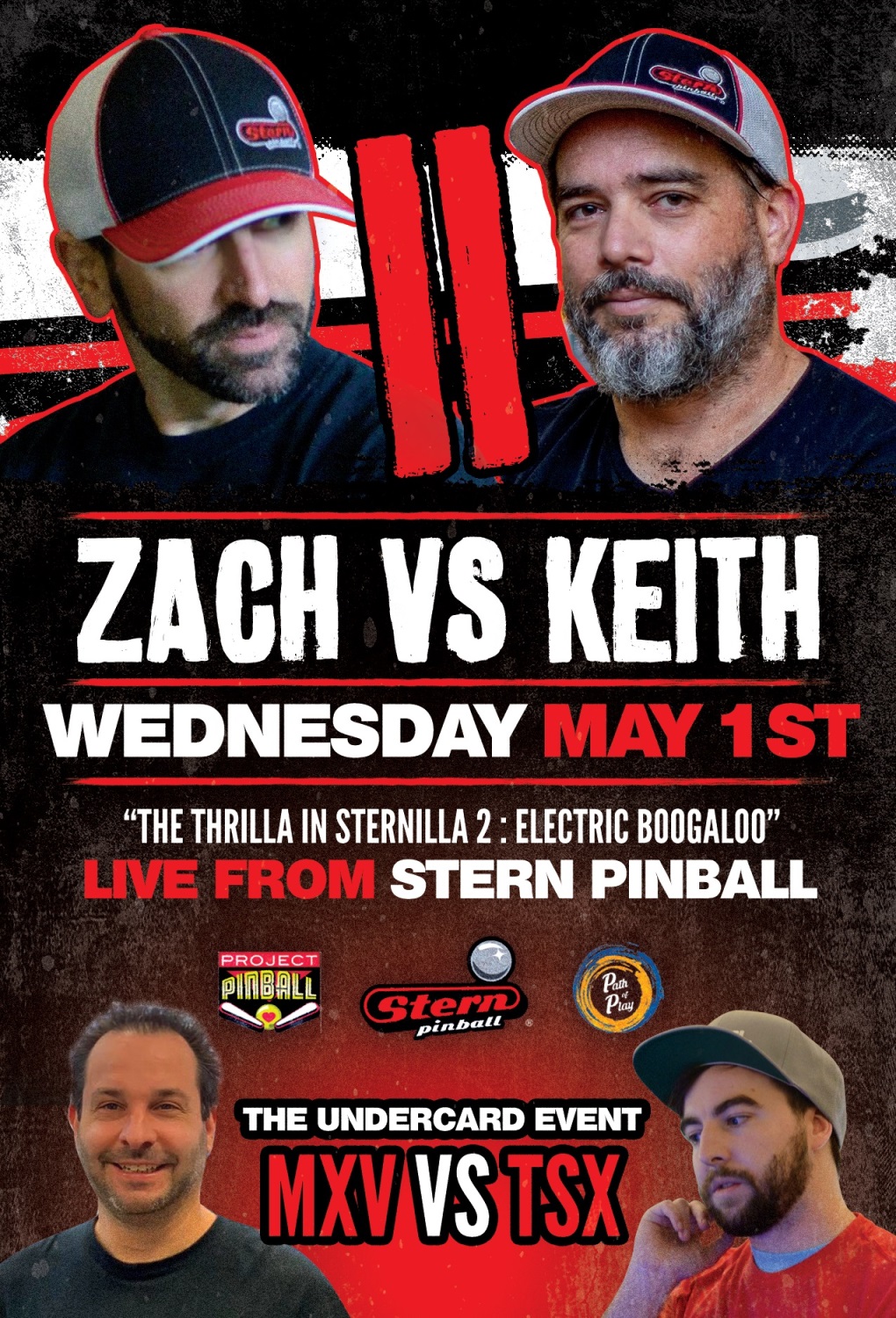 Congrats to all competitors at the Pinball at the ‘Zoo and PinFest IFPA Stern Pro Circuit tournaments.  In the end, Andrew Rosa secured the victory at the ‘Zoo, while Aleksander Kaczmarczyk emerged victorious at PinFest.

For full details on the Stern Pro Circuit presented by eBay, and to keep up with the current standings and schedule, please visit – https://sternpinball.com/stern-pro-circuit/ 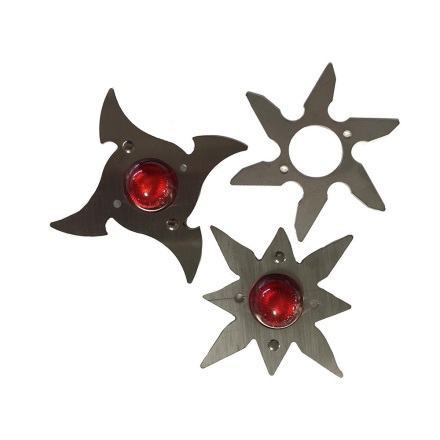 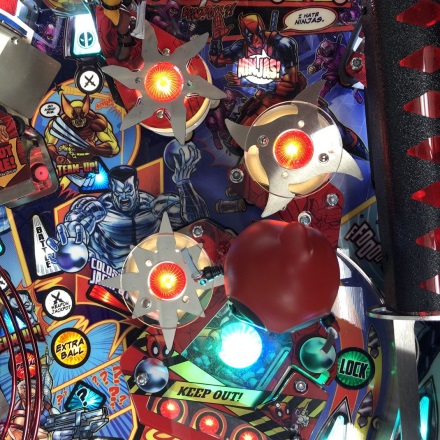 The LED back-lit translite frames will be back in stock later this month.

The physical model for the Star Wars topper has been approved and we’ll make a formal announcement once it’s available.  All Stern Pinball accessories are also available to purchase from your local authorized dealer – https://sternpinball.com/find-a-dealer/

“My name is Zac Stark and I’m a Motion Graphic Artist here at Stern Pinball.  I’m one of many Digital Artists on the Stern Team who create what is displayed on the LCD.  This means collaborating with other Artists, Lead Game Developers, and Game Designers to build the look of each game and how the different modes will be represented on screen.  Everything that can ever be displayed on the LCD is visually planned through animatics (animated storyboards) from one of our storyboard artists.  The animatics are then handed off to me or one of the other super-talented digital artists to develop further into production quality animations.

Prior to working at Stern, I worked as a digital artist for a variety of different companies.  My first love in life is 3D Animation, and that’s what I went to school for so the majority of my work has involved some type of character animation.  I was lucky enough to work on projects for companies like Mattel and Ty Inc. right out of college.  One of my first gigs was creating character animations for Mattel’s handheld Pixel Chix game.  Each character was 30 pixels tall and had a whopping 3 shades of gray.   As painful as it was, that low resolution experience ultimately helped me land the job here at Stern.  I was hired during the time when Stern was transitioning from low resolution marquees to full LCD displays so there were still a few titles in the pipe that needed some pixel pushing.  I was able to support Stern’s talented pixel artists with the last few marquee titles and eventually make the switch to full on 3D Animation.

The first game I worked on four years ago was KISS and it’s only gotten better since then.  I never thought I’d get my hands on titles like Ghostbusters, Star Wars, and Deadpool.  I have a 5 year old and 2 year old who love hearing about what I’m doing every day.  As pinball popularity grows, the titles keep getting better and my boys keep thinking I’m the coolest dad on earth.” 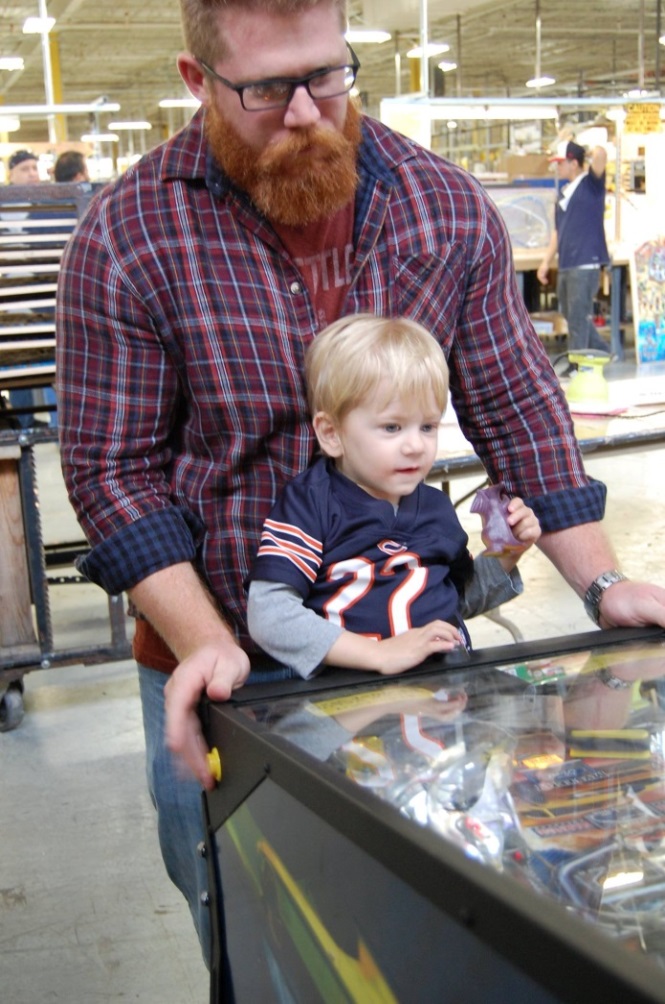